LA is a place on most people’s bucket list. It is a huge city with so much to do. Be prepared for a hectic schedule if you only have a few days like, like I did!
One of the most obvious things in LA is the Hollywood sign. Lake Hollywood Park is a great way to go and see the sign. However, a lot of people just stop to take photos on the streets with the sign in the distance. You will also see it as part of some city tours too.

The Hollywood Walk of Fame is another attraction to see. I definitely underestimated how many stars there would be, literally there are thousands, more than 2500. The Walk of Fame stretches along Hollywood Boulevard along both sides of the road and it veers up and down side streets towards the end of the walk. I’ll have to admit there are a lot of people I had never heard of!

We went in the afternoon and the walkways were crowded with people. There are a lot of attractions like Madame Tussaud’s and Ripley’s, along the way. I would advise to go early to avoid the crowds and make sure you don’t miss one of the people you like. The crowds and street performers covered some of the stars. 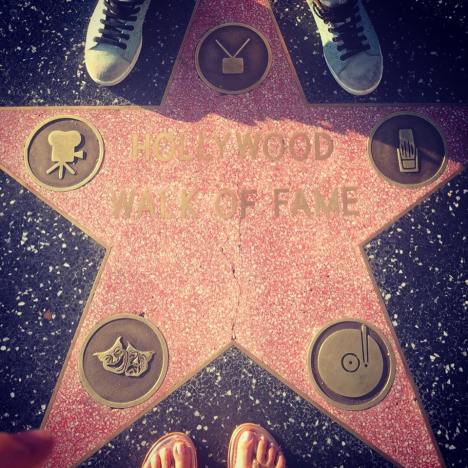 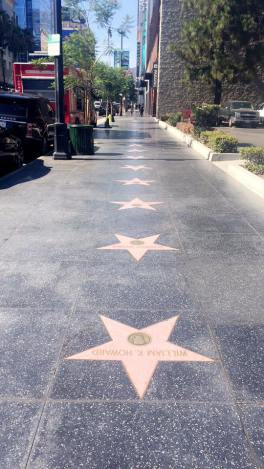 Universal Studios was one of the best days I spent in LA. You can book the tickets online for $110, with early entry tickets and front of queue passes being more expensive.

The general admission tickets allow entry at 9am. I would be there before 9 to start straight away, especially if you are a Harry Potter fan. Queues for the Harry Potter rides can be up to 3 hours long at certain times during the day!!

I would advise getting in for 9 and going straight to the Harry Potter rides, Harry Potter and The Forbidden Journey being the first. This is a very cool experience and different from your usual roller coaster. While you queue, you’re brought through the corridors of Hogwarts and Dumbledore’s office before you go on a virtual tour of the castle and grounds on the ride. (You can’t bring personal belongings on the ride. Lockers are provided free of charge but be prepared for a crazy crowd and demand for these, especially later in the day.)Then there is another ride – The Flight of the Hippogriff which is a tamer roller coaster.

You can take a trip to Olivander’s wand shop, where you will have a magical experience (I won’t spoil it) and afterwards you can purchase your own wand or a character’s wand. They are $50 and come in a box with a map. This map shows you where you can use your magic around Hogsmeade with your new wand.

You can then explore Hogsmeade. You can buy butterbeer and Bertie Bott’s every flavoured beans and all sorts of Harry Potter merch. You can even get a picture with the Hogwart’s express driver. The whole place is magical and brings out the child in you for sure. If you can stay around late, Hogwarts lights up at night time and is worth the view.

Other areas in the park are The Simpsons, Minions, The Walking Dead to name a few.

The Studio tour was very interesting. It takes around an hour. A tour guide tells you movie secrets as you are brought around some movie and tv sets, like Jaws, Jurassic Park, The Grinch and Desperate Housewives.

There are also Water World, Movie Stunts and Animal Actors shows on throughout the day. They tend to be on at similar times, so check those times at the beginning of the day to help orgainse your day if they are something you are interested in.

There are a lot a food places within the park, but if none of those take your fancy or are too busy, you can go out to City Walk, which has lots of restaurants and shops, and then go back in. Make sure you get a stamp/band so you can come back in though!

If you’re looking to get out of the city, Marina del Rey and Venice beach are only a short drive away. You can drive through Rodeo Drive to get here. You can take in all the views of the palm trees, designer shops and go celebrity spotting.

The fish tacos and crab cakes in the Jamaica Bay Inn in Marina del Rey are very tasty, and their carrot cake for dessert is delicious too! This is a nice hotel to stay in too. Accommodation in LA is very expensive. Make sure you look up the reviews of where you stay because some areas can be out of the way or quite run down but still charge LA prices. 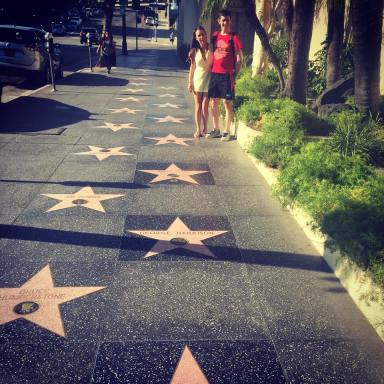