Without a doubt, these were some of the most interesting and eye-opening places I have ever travelled to. There are not a lot of places I would love to go back to, mostly because there are so many places I haven’t been yet, but these places are definitely on my return to list. Growing up in a Catholic country, we always heard stories about Jerusalem and Bethlehem in school and at home, so I had imagined that these places would look just like they did in the Bible. I was so surprised to get to Jerusalem and see how clean and modern it was. There wasn’t even the tiniest resemblance from my religion books!

We took the scenic route to get to Israel. We flew into Jordan and we crossed the border by car rather than fly, because we were coming from the UAE. (There is not a good relationship between these countries so technically we weren’t allowed to go here. We did not get a stamp in our passport, they gave us an entry slip that we needed to keep.) We used the Allenby Bridge/King Hussein Crossing. It was hectic there and quite unorganised. It took a while to get through but that’s mostly because we went during a holiday periods. It is a good idea to combine this with a trip to Jordan too. The driver we had from our trip to Jordan dropped us at the border and collected us from there a few days later.

We started this trip in Jerusalem. It was Saturday when we got there and the place was eerily quiet. It was their rest day so everything was closed and there was no one around the streets. We checked into our Air B and B on the Main Street and explored the city for a while. While it wasn’t westernized, the city was very clean and modern and had a metro line right through the centre. We booked an Air B and B in the centre of the main street.

The next day, we explored the old town. The old walls still remain and we did the free walking tour. We got to see the four quarters of the old town, the wailing wall and where Jesus was laid to rest. It was really cool to see, even if you’re not religious. The wall was a surreal experience. I was speechless simply looking at how moved people were there. As we sat and watched the people pray, we met a local who told us a lot about the history and why people prayed there. If you’re doing this tour, make sure your shoulders and knees are covered! 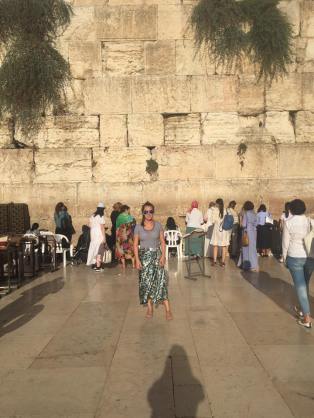 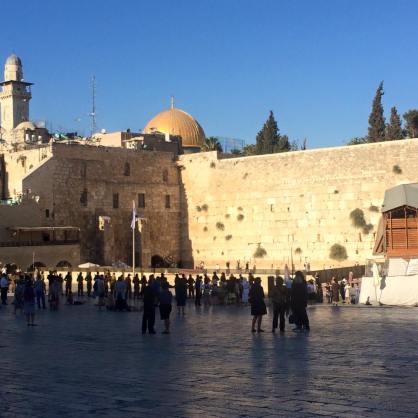 From the wall you can see the Mount of Olives. Unfortunately, we didn’t get to do the tour of there because we didn’t have enough time, but I would highly recommend doing it if you have time.

The next day, we got a bus to the Palestinian border so we could visit Bethlehem. Being the border between two countries, you needed your passport and you couldn’t get in or out without it. It is quite strict and there will be a police presence there too. Once we got through, we walked by the giant walls that were covered in graffiti, and even got to see some of Banksy’s murals too. It really was an eye-opening experience to see the harsh differences either side of the walls. 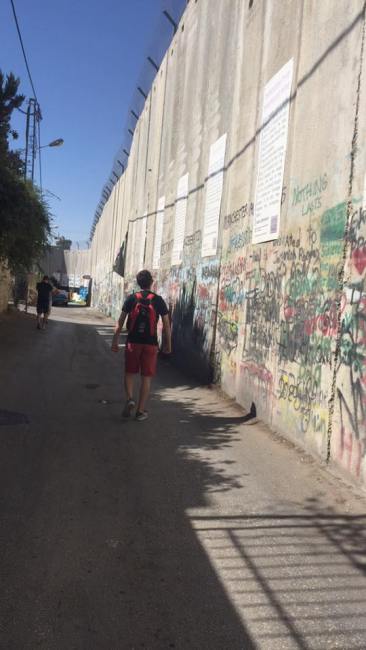 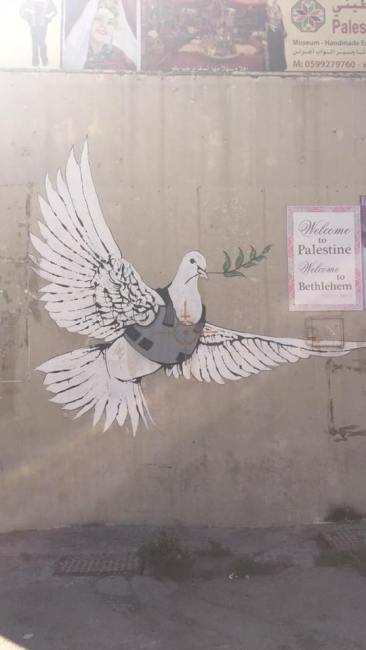 We continued our walk towards the manger in Bethlehem and along the way we met a local man, who walked with us. They were so friendly and loved to share their stories. I won’t do them justice here, but if you visit here, talk to as many people as you can and just listen to them.

When we got to the manger, I was shocked. I always imagined it was something like a barn, but, it was underneath a church, almost like a cave. You got to bless yourself there and sit on the exact spot where Jesus was born. (in the photos below) Even for someone that is not necessarily religious, it was a very cool experience. We walked around the church, bought some holy water and souvenirs and visited the cave where Mary hid too just after Jesus was born too. We explored some of the local shops and some shop owners were kind enough to let us up on the roof of their shop to take in the views. It was well worth the day trip. Banksy has since opened a hotel there and that would be a cool place to stay. We returned to the border and got a bus back to the main street in Jerusalem. 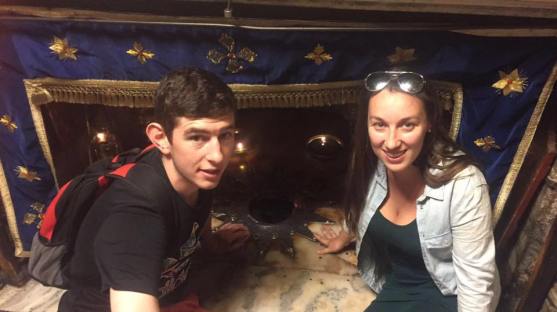 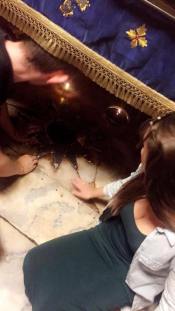 After one more night in Jerusalem, we got a bus to Tel Aviv. Honestly, I wish I had spent that time in Jerusalem rather than move on. We did see some fab sunsets in Tel Aviv and the beaches were lovely, but, for me, Jerusalem and Bethlehem were just so interesting and enlightening that I could have longer there.

I don’t think I can do this trip justice with a blog post. The pictures don’t do it justice either. Going there really opened my eyes to a lot of conflict that I was unaware of and hearing stories from the people that are being impacted by this was, at times, heartbreaking.

I am not a very religious person either, and, honestly, I found the religious side of Jerusalem to be an amazing experience as well. Learning that the old town is the holiest place for multiple religions is fascinating and I can’t express enough how interesting it was. I’m still not a religious person, it didn’t change me that much, but it was a trip where I learned so much about others.

It’s not a common trip, but, if you’re looking for something a bit different, i would 100% recommend this trip. It is an experience you won’t forget!